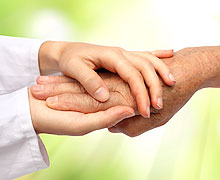 Both Dr. Benedict and Dr. Chopra have been active in charity work and have contributed their services free of all charges to needy patients requiring cataract surgery throughout the world.

Dr. Chopra will be travelling to Haiti with Surgical Eye Expeditions in the summer of 2018 for a cataract camp.  We also anticipate doing Microincisional Glaucoma Surgery (MIGS). 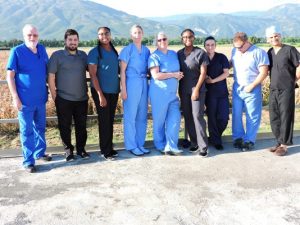 Namibia is a impoverished country along the southwestern coast of Africa. It has had limited eye care. Cataracts are a leading cause of blindness in this country. Dr. Alan Benedict secured equipment and medical donations, and along with Surgical Eye Expeditions International, flew to Namibia. This expedition was responsible for performing exams and performing cataract surgeries restoring sight to patients.

Kuch is one of the more arid places in India. In 2001, it was devastated by a earthquake that destroyed the medical infrastructure. In part through donations from Dr. Chopra, the hospital was rebuilt and is now the premier medical institute in the area. After the rebuilding of the hospital, Dr. Chopra participated in the examination of over 3,000 patients and the removal of 504 cataracts restoring sight to many people in this agricultural community.

Bangladesh is one of the most densely populated countries in the world. It is located at the northeast border of India. Bangladesh has few natural resources and is plagued with poverty, recurring droughts, monsoons, and disease. Limited access to eye care has led to a disproportionate number of individuals blinded by cataract. Dr. Alan Benedict flew to Bangladesh, bringing medications and surgical equipment. Many patients were examined and were able to have their sight restored by cataract surgery. 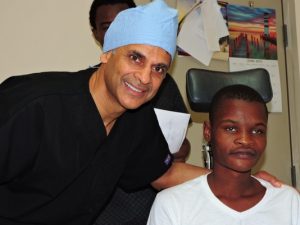 Papua New Guinea is located on the eastern half of the island of New Guinea, just north of Australia. It has one of the lowest percentage of physicians per capita in the world. Rabaul is a small town that has been repeatedly devastated by volcanic activity interrupting medical care and general health precautions. Dr. Alan Benedict flew to Raul Papa New Guinea to perform examinations of patients, and perform cataract surgery for those in need. Concurrent with Dr. Benedict’s expedition, the U.S. Navy’s Pacific Partnership humanitarian and civic assistance mission was functioning in Raul.

India is a very densely populated country. Jajpur is in the state of Odisha located on the eastern border of India. Odisha is one of the poorest states in India, plagued with droughts, monsoons, and untreated disease. Limited access to eye care and health care in general, has led to a disproportionate number of individuals blinded by cataract. Dr. Alan Benedict flew to Jajpur India, bringing donations of medications and surgical equipment. Over 1100 patients were examined and over 250 were able to have their sight restored by cataract surgery. These patients were able to return to an active function in their community due to restoration of their sight.

Honduras is located in Central America.  Honduras has endured repeated devastations of flood and hurricane damage.  El Progresso is a small town that has poor drinking water and very limited medical care.  Dr. Alan Benedict travels to El Progresso to examine patients for cataract surgery and performed these sight restoring surgeries at CCSHH, Centro Cristiano de Servicios Humanitarios de Honduras.  In one trip, he was able to perform surgery to save the vision of over 100 patients.

What Our Patients Say

"I am so very blessed that you are my doctor. You are wonderfully perfectionist, calm & professional."

"Many thanks to you and your exceptional staff for your continued great care."

"I'm very happy with the results and am very grateful for your generosity."

"Thank you for taking good care of my eyes and my family. You are simply the best."

"Thanks for giving me back my vision."

"I am so very pleased with and grateful for the service I received from Dr. Benedict and the entire staff."

"Very thorough and takes time to explain things to you... Extremely friendly and helpful. I wouldn't go anywhere else."

"Never had to wait more than a few minutes. Most visits I was in an exam room before my appointment time."

"I am so very pleased with and grateful for the service I received from Dr. Benedict and the entire staff."

"Most visits I was in an exam room before my appointment time."

"Thank you! Your surgery on my left eye was barely completed six hours ago and I already feel that your work is the best thing that has ever happened to my eyesight."

I have suffered from migraines/headaches for the past 5 years, having 2 -7 headaches a week of varying intensities. I am so pleased that I had this procedure done. I have not had a headache since the left eye was completed. I am almost certain without this procedure, I would have eventually suffered significant sight impairment or lost my eyesight completely.