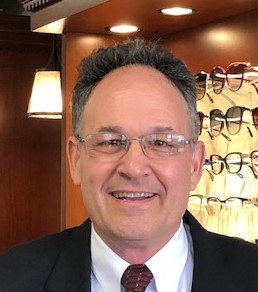 Dr. Sidney A. Gottlieb has been practicing optometry and serving patients in Atlanta for over 30 years. Dr. Gottlieb received his doctor of optometry degree from the Pennsylvania College of Optometry in 1985. In his decades of tenure providing primary eye care, Dr. Gottlieb has built an extensive background in medical management of eye diseases, as well as contact lens care and management. He is a well-known and trusted practitioner, whose many patients commend him for his thorough exams and attentiveness to patient care.

While at the Pennsylvania College of Optometry, Dr. Gottlieb completed clinical externships with an optometrist who was a U.S. Olympic Team consultant, spent time providing visual care to the impoverished population in Haiti, and was recognized for clinical excellence in low visioncare during his internship at The William Feinbloom Vision Rehabilitation Center of the Eye Institute.

In addition, Dr. Gottlieb trained at and completed a clinical externship at one of the most specialized interdisciplinary medical programs, the Walter Reed Army Medical Center. Emphasis was placed on the treatment and medical management of eye diseases as well as primary eye care.

Dr. Gottlieb is a member of the American Optometric Association and the Georgia Optometric Association. He was born and raised in Pittsburgh, Pennsylvania and attended the University of Georgia for his undergraduate studies, where he earned a B.S.A in Biology. He remains an avid Bulldog fan.